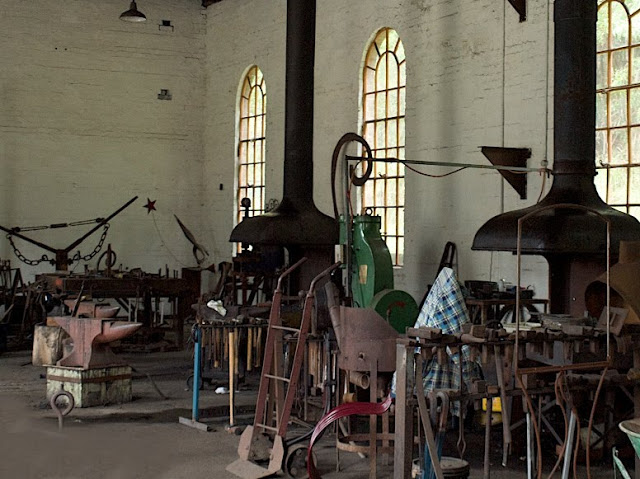 This is the blacksmith's workshop at the State Mine Heritage Park in Lithgow. I enjoyed a photoshoot out there in March 2010.

I chose this image because of today's book ... which is not about a blacksmith, that was just his surname.

A book I have read recently
The Chant of Jimmy Blacksmith by Thomas Keneally, another one from the Australian list.  I have mostly avoided Keneally even though I know he is a good writer because he seems to be a bit of an activist with an Irish chip on his shoulder.  This book fits the mould being about a black man's revenge against a unjust and intolerant society. Jimmy turns into a bushranger and murderer.

It is well written, quite gruesome in parts but leaves me wondering how true to the aboriginal perspective it is, given he is a white writer.  This is a fairly old book (1970s) and Keneally admits he wouldn't get away with it today.  Not that I prescribe to the notion that authors should only write from their own lived experience.