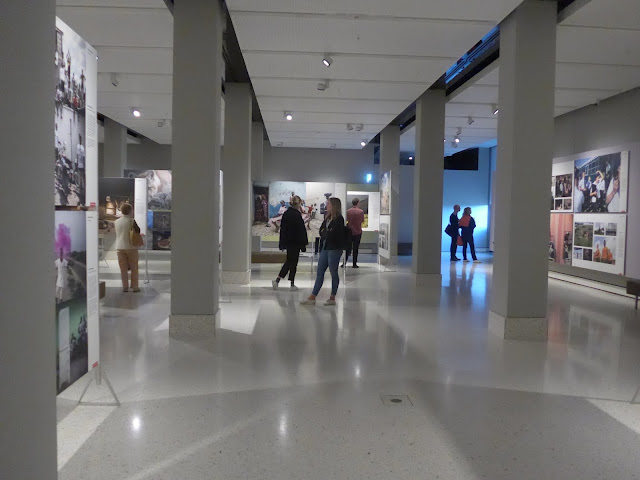 The State Library was hosting the World Press Photo of the Year exhibition on one of their side galleries. All sorts of photos -- powerful, evocative, beautiful, confronting.   A window on the world.

This was the window on Sydney from the gallery. Today's book (below) is a word window on Australia's indigenous world. 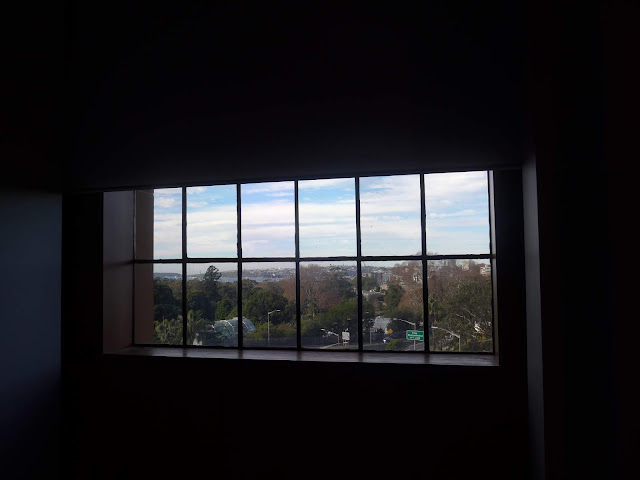 A book I have read recently
The Tall Man by Chloe Hooper documents the story of Cameron Doomagee's death in police custody on Palm Island in 2004, the subsequent riots, the police sergeant's trial for manslaughter and his acquittal.  I found it compelling investigative journalism explaining the culture, history and difficulties of the Palm Island indigenous community and appreciated Hooper's efforts to provide a balanced view of both sides of the story.

I note that in May 2018 the Queensland government issued an apology to the people of Palm Island for the racist response by the police in the 2004 riots.