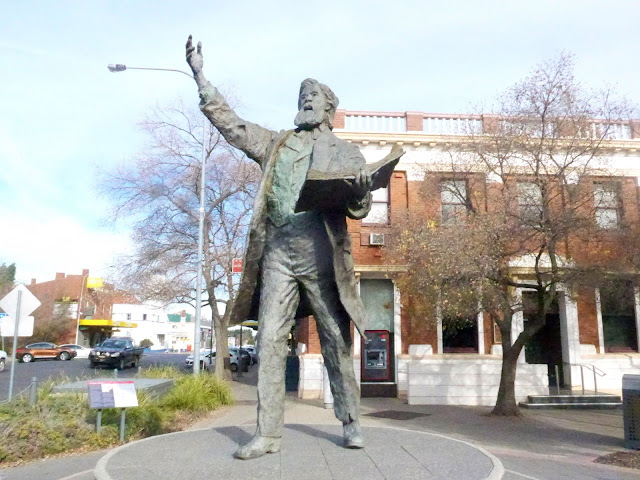 Sir Henry Parkes who's statue is is shown above was a key figure in the federation of Australia.

Parkes is quite a substantial town (population 11,000) that pre-dates federation in 1901 so I was wondering how the town's name came about.  Apparently it was known as Bushmans, after Bushman's Lead a gold mine in the area. Bushman's Lead post office opened in 1872 and was renamed to Parkes in 1873 in honour of Parkes who visited the area that year. The town grew up from there.

What's growing in my gardens right now?
It's Tuesday so time for a garden update.  At Kandos I have picked the last of the roses, we are harvesting citrus (yum) and I have begun pruning the fruit trees.  At Lawson winter iris and jonquils are in flower.